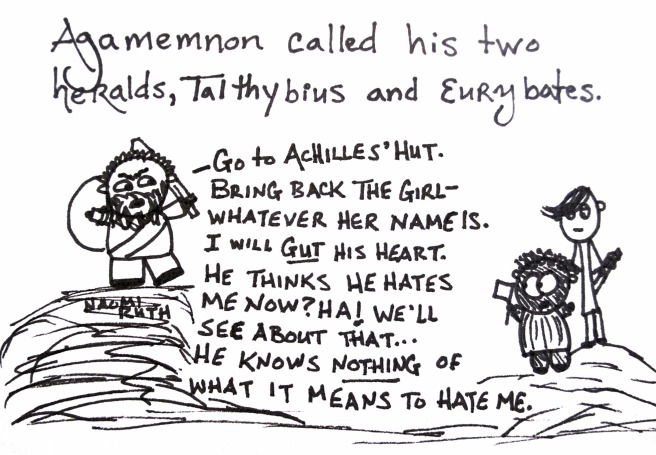 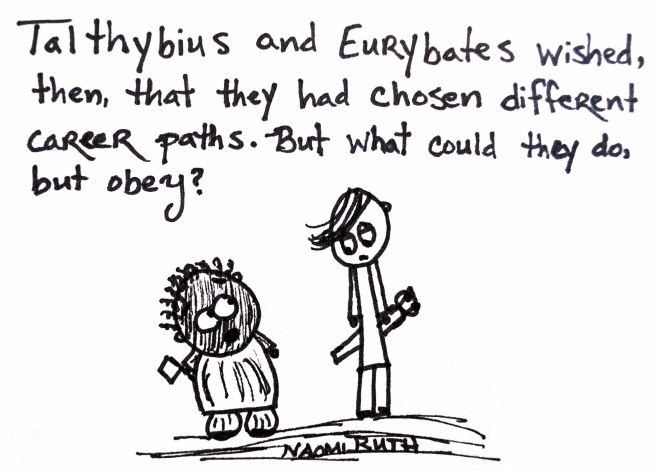 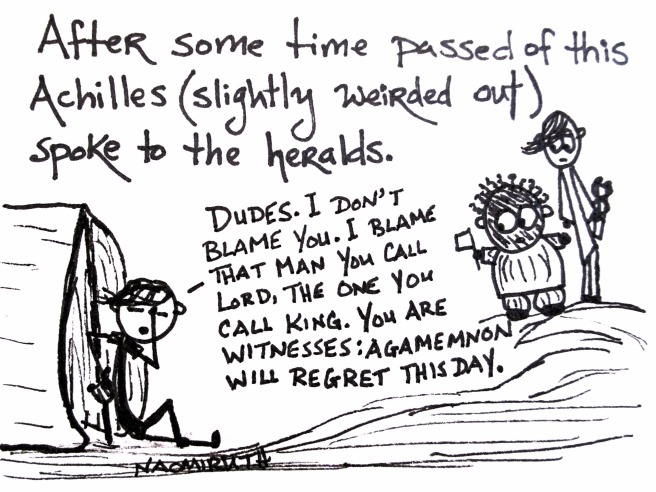 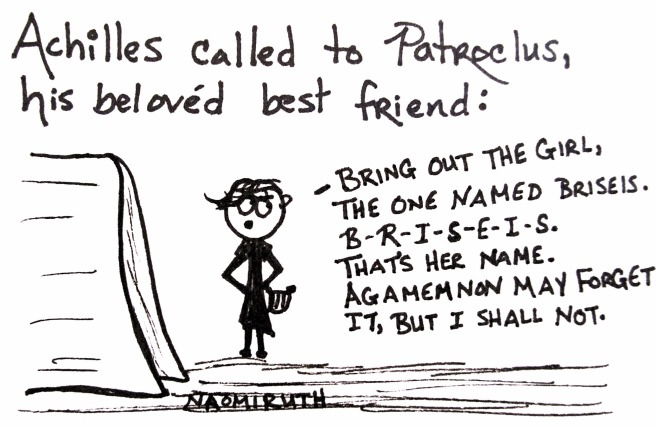 One: I don’t know what happened to Briseis’ eyes – but her life is terrible.

Two: I doubt Patroclus actually gave Briseis a knife, but I have my reasons for putting this in.

Three: Talthybius and Eurybates were not on the character list (they aren’t very important and only show up like two more times). Talthybius shows up in Euripides play Hekuba and Eurybates is Obdysseus’ squire and is, apparently, described as “dark-skinned and curly-haired.” I originally drew Talthybius as the shorter one and Eurybates as the taller one, but after reading that I switched them around. [ALSO: if I ever turn Hekuba into a comic YES he will show up there… There is a mid-to fair chance this will happen one day before I die.]

Today’s post is shorter, but Sunday will probably end up being long *sigh*

WHICH by the way, will be called something like Achilles Cries to His Momma, so be excited for the appearance of Thetis.

To Read Achilles Cries to His Momma Click HERE.